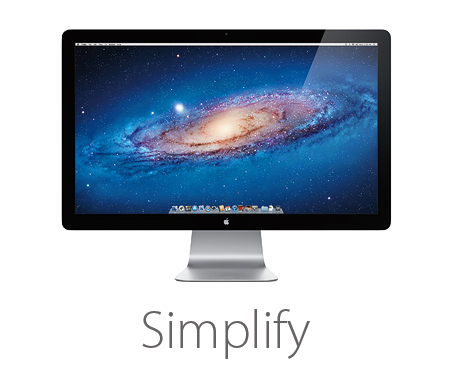 I have a plan — it’s more of an observation, really — to improve our designs and save the world at the same time. I’m not entirely kidding. The clue is in the image above, which looks like an ad, but that’s not why it’s here.

We were visiting recently with Tim Poole, Before & After’s printer. Dome is a slick, state-of-the-art shop that has won many awards in which design has played an important role.

In the course of our chat, Tim lamented what he’s perceived in recent years as a decline in the overall quality of graphic design. “We’re seeing a lot of junk,” he said, not overstating it.

That led the conversation to possible causes. The biggest two, we decided, are the Web and the economy. Each has had a different impact.

The Web has created an expectation of right now. Nothing waits. Its volume — more than a billion pages — is stupefying. And resolution is low, for which craftsmanship is not a priority.

The economic cause is obvious. When money is tight, corners get cut. Result: An unprecedented number of no-time, no-budget “designs” swirl about us in unrelieved clutter. Work under such stress has inﬁltrated print, too. It has become normal.

Web resolution will improve. The economy will improve, too, if this cycle is like the others.

The clutter, however — the bazillion unrelated ﬂashy, blinky, in-your-face images that ﬂy at us from everywhere — the clutter is probably ours to keep.

Which gets me to saving the world.

How as designers do we make our messages seen and heard above the noise? We TALK LOUDER. Wetalkfaster. We wave—YoOHoO!

But there’s a better way.

Do what Apple does.

Don’t outshout it; just get rid of it.

Look again at the space above. Wherever you encounter Apple, it’s in a beautiful sea of white. No song, no dance. Just a message.

Best, it focuses on the product.

The reason why is so simple. The product is the only thing there.

The surprise is how hard simple is to do. Our tendency is to add stuff. If one thing is good, two must be better. Type seem plain? Add a shadow. One line blah? Draw two.

How many weak designs have you tried to correct by adding something?

Instead, distill your message to its essence. An image. A word. A thought.

This editorial was originally published in Before & After issue 32.