Your logo as a design element

Generally speaking, a logo, once designed, should be used in a consistent manner and never altered — same typography, same colors, same enclosing space, and so on. We illustrate this in article 0604, which features United Parcel Service’s guidelines for maintaining the integrity of its famous shield . . . 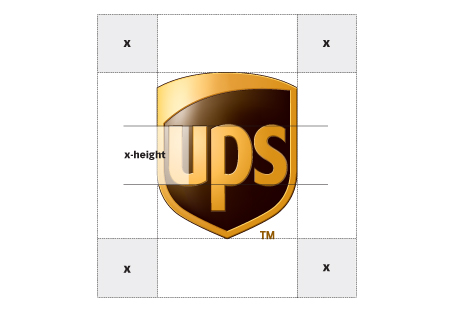 The guidelines include maintaining uniform colors, leaving clear space around the logo equal to the x-height of its letters, and setting a minimum usable size, among others.

Along with the to-dos, there are no-nos, such as,

1) Do not change the logo’s orientation. 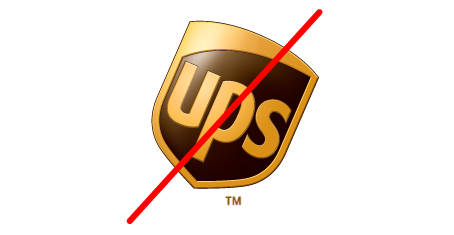 2) Do not use the logo as a motif or a graphic design element. 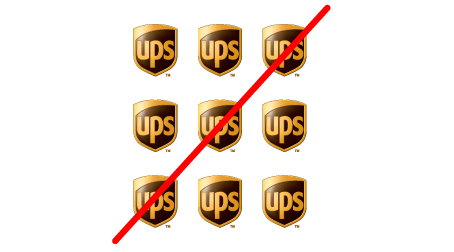 Why so strict? Two reasons. One, because consistency conveys substance and authority, the kind that comes from standing, unchanged, proven by time, immovable, trustworthy, true. Anything that can’t be moved (think the pyramids of Egypt) is substantial and therefore to be reckoned with on its own terms. Two, consistency also gives the viewer a single image to process — you see it and you get it, instantly and without thought. Therefore, it’s memorable.

The strictness, however, does not apply everywhere. Our own logo, for example, is characterized not by its typeface (although it’s changed only twice in 23 years) or its shape, but by its cheery, crayon box of colors. Indeed, one can set Before & After in Comic Sans, and it’s still, unmistakably, Before & After!

Even set in my favorite scribbly typeface, Litterbox, it’s obviously us:

Why is this? Because its colors are its primary (and trademarked) identifying feature. As a result, we are free to modify its other features in many ways, even using our logo as a design element, which UPS cannot do.

Before & After normally appears in one straight line across the magazine cover and on our PDF articles. This is its most-commonly seen setting. 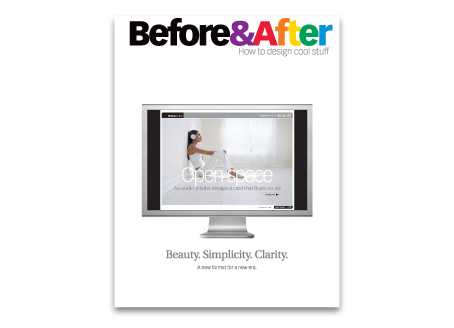 But when we needed a square avatar for Facebook and Twitter, and a miniscule, 16px x 16px favicon, we were able to stack our words and even tilt them without changing their impact at all. 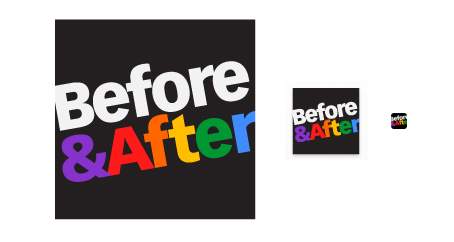 Similarly, the jewel cases of our upcoming video series will use our logo not only as an identifier but as a design element, in two lines spaced so tightly they overlap, rotated to vertical, and packed, edge to edge, into the space . . . 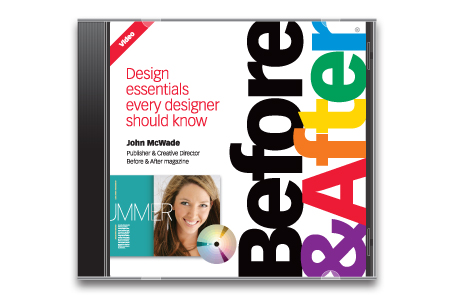 The resulting burst of color and type is vivid, exuberant, visible from a distance while readable up close, and clearly us. It’s not trendy; we’re not following a “style of the day” but, as always, going our own way, which, of course, is obviously authentic.

So in our case, the consistency rule applies to our colors. Same colors, same sequence, same word, every time they’re used. Other elements can change.

Can your logo be used as a design element? Some can. Target, for example. Super simple. It’s a target: bold, red circle, white circle, red dot, Helvetica bold type, all caps, centered. 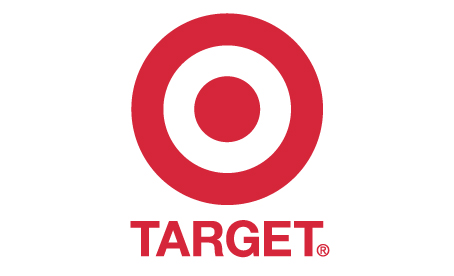 What’s its primary identifying feature? Its bold, evenly spaced circles, and the red & white colors. You recognize these even when you see only part, and even when they’re reversed to white on red . . . 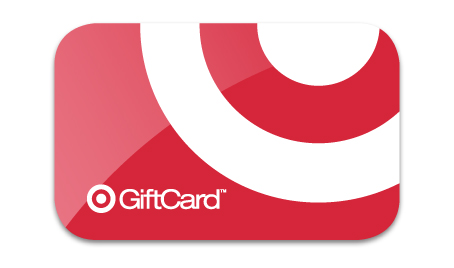 Because of this boldness and identifiability, Target’s logo can be used as a design element, in this case a pattern. 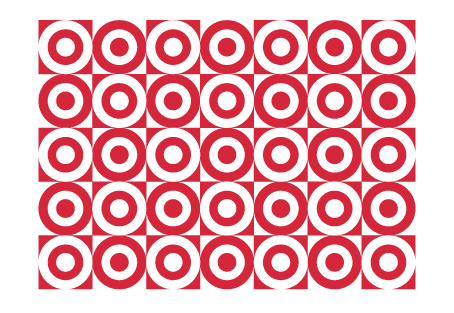 Coach is so successful using its “C” logo as a pattern that the pattern itself has become a look and even a status symbol, widely imitated . . . 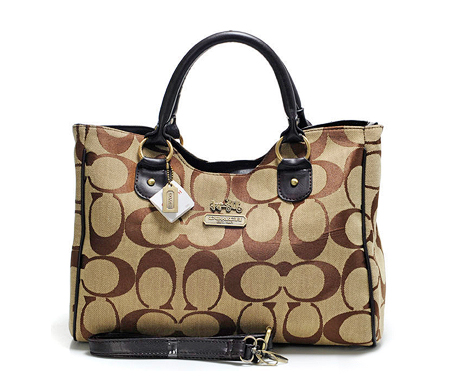 Below, General Electric is using a small part of its logo as a design element. This works because the graphic is not serving as the logo itself, unlike Target and Coach. 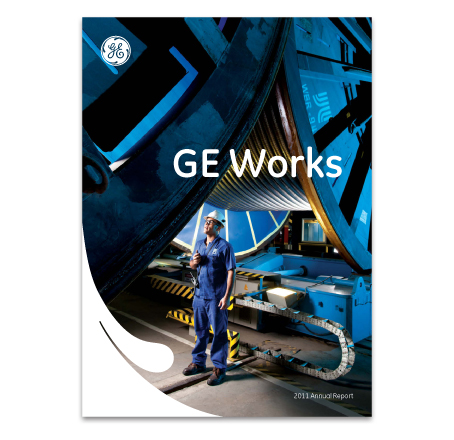 Conversely, Diet Coke’s colors and lines, like Target’s, are strong enough to serve as both logo and design element. 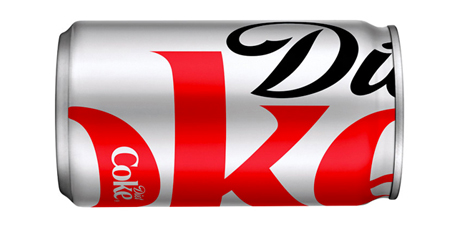 Like many airlines, Delta uses part of its logo, supersized and cropped, to decorate the tails of its aircraft. Bold, simple lines make it possible. Note, though, that Delta’s full name and logo also appear together near the front door. It wouldn’t work without this. 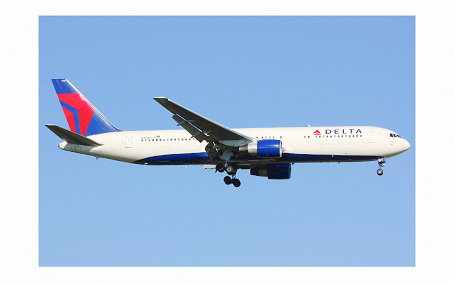 Last, Apple is an interesting case. Its logo is simple, bold, identifiable, and famous — it has all the ingredients, or so it seems, to pull double duty as a logo as well as a design element. But two factors are in play. One, it’s actually rather nondescript — a pudgy silhouette, not quite a circle but not enough different, no interior detail, soft pillowy edges, all low contrasts. Radically cropped like Delta, there’s not much there. Patterned like Target or Coach, it’s oddly frilly. So Apple has less to work with than it may seem.

But the second factor is the real one. It’s a design decision. Apple’s vibe is an almost Zen-like minimalism. The empty space around Apple’s logo is the key to its look. For example, you never see this: 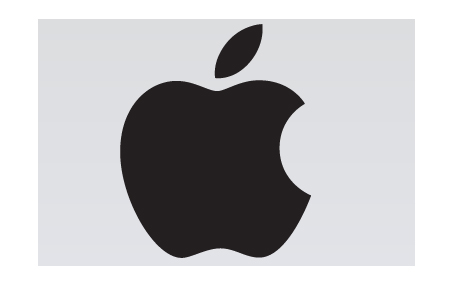 . . . a large apple filling its visual field. Instead, the apple is always small and surrounded by open space, which conveys a powerful sense of calm and self-containment: 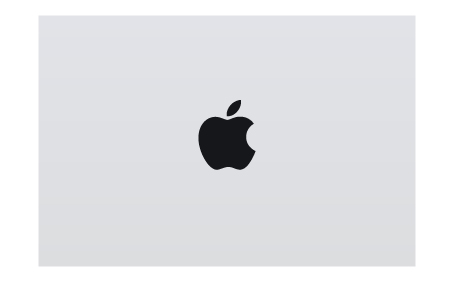 Everywhere you see Apple, you see this space. On its products . . . 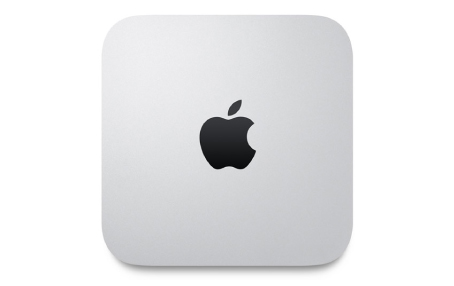 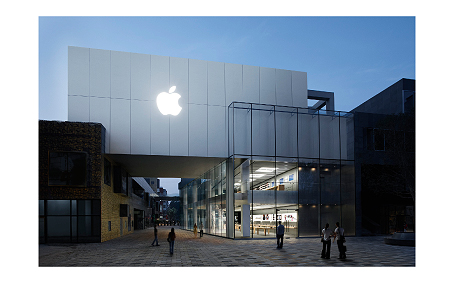 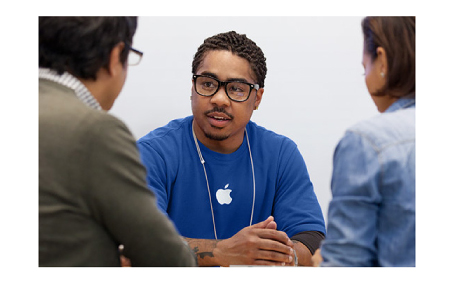 The logo is seen as a whole, alone, in open space. That’s its look and consistency.

How about your logo? The takeaway here is to use strict uniformity like UPS . . . unless . . . your logo has a clear and powerful identifying feature, like our colors or Target’s shape, that you can choose to work into your designs and have fun changing its other elements, assuming, obviously, that it fits your product’s vibe. Consistency, however, remains key.

The article “Simple, uniform, repetitive,” is available here. Long-time subscribers and those of you with our Master Collection DVD will find it in issue 39.

33 Responses to Your logo as a design element