Tell me a story

The modern mind thinks in terms of data: “The storm was third wettest in 1996.” But the ancient mind thought in terms of story: “I will send you rain in its season.”

Larry King once asked Ed Bradley if he could explain the longevity of CBS’ 60 Minutes, the most successful program in television history. Mr. Bradley replied that it was because founder Don Hewitt’s guiding directive had been, “Tell me a story.” So storytelling (Once upon a time . . .), not reporting (Heat wave claims six), is what 60 Minutes has always done.

A novel is nothing but story.

A movie is nothing but story, either. And to see it, we spend millions.

One gets the impression watching the news that data is what matters (Rogers’ QB rating is 129). But data is mainly for statisticians, and not real. Story is how human beings actually experience life.

And what is a story? It’s a life lived. Story is about risk and hope and fear and struggle and love and loss. It’s about heart and soul and the real reasons behind things.

What’s all this have to do with design?

As a designer, what are you doing on your sheet of paper or screen? Why are you involved? What’s your role?

You may say that you want your page/product/idea to “look good.” And, of course, looking good is preferable to looking bad. But what do you actually mean?

What you should mean is that there’s a story to be told, and that your part is its visual expression. “Looking good” says blue and green go well together. The story is in what blue and green together say.

I’ve placed a familiar object at the bottom of this page. It’s simple, symmetrical, balanced. You’d say that it looks good. But I did something funny: I moved its shadow. Now it’s floating, or so it appears. How can that be? We rub our eyes. Maybe it’s falling. No clues are given.

To leave the question unanswered is to begin a story. The reader’s engaged. He’ll look for what’s next. That’s what you want.

Think about this. That typeface you’re using  — why that one? Its form might be voluptuous or ratty or rigid. Each in context could be correct and beautiful — or not. White space can be a pause, a break in time. It can also organize, separating this from that. It can convey purity, vastness, emptiness, desolation — each different, dependent on context.

In evaluating your design, before asking, “Does it look good?” ask, “What story is it telling?”

Design — visual expressiveness — is not something plotted on a chart, measured, compiled, compared. It is, rather, the face of life, a window to the soul beneath. 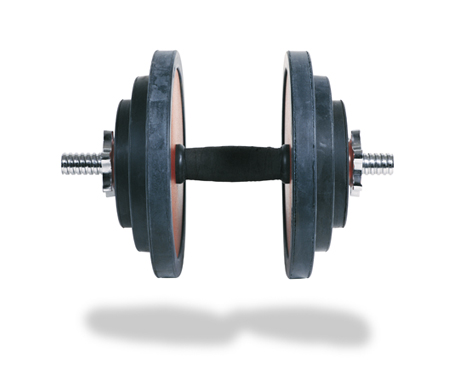 ————–
This article was originally published in Before & After issue 36, page 16. It’s available in print and on the Master Collection DVD.

30 Responses to Tell me a story