Flat is cool, but be consistent

I’ve now had a few weeks with Apple’s iOS7 on my iPhone 5, and I like it more than I did at first. At first it was a shock; I liked my old one. I like the new “flat” look and minimal Helvetica aesthetic — back to those in a moment — but what I like most is how it works, which manifests itself in many small ways: a “Control Center” that swipes up from anywhere, barely-there animations, new organization, faster speed. It’s funny that saving one second, or a tap, or a moment’s thought actually matters, but it does. Not the literal time — how lame does saving one second sound? — but that it makes the device transparent; it becomes less a machine and more an extension of the mind and hand. Just kind of wish, whoosh, and stuff happens, like it’s alive, almost like it’s breathing. To me, this is brilliant.

But the brilliance is not uniformly implemented.

Visually, iOS7 has three things going: “flat” design, Helvetica, and minimalism. Each can exist without the other, although Helvetica and minimal have long been linked.

Minimalism is about doing the most with the least. Strictly applied, each object or function is reduced to its essence — anything less will weaken it, anything more is incorrect or unnecessary. In its classic form, minimalism can be barren, pure utility; it leaves no room for delight. Apple has added in plenty of delight, like the barely moving clouds on its Weather app (below) that serve no other purpose. 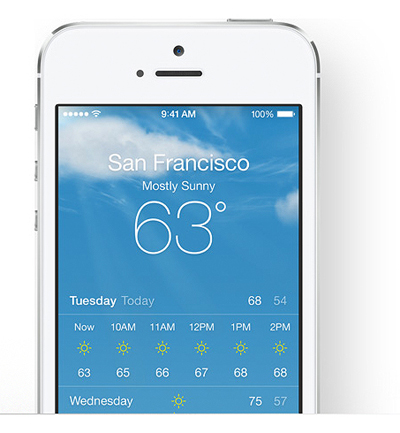 Helvetica’s role is harder to say. Helvetica is a basic typeface with beautiful curves that are especially evident in its super-light weights (note the temperature, above). It has no decorative elements. Decorative lines and shapes, no matter how subtle, can be thought of as non-essential add-ons, at least in the case of an interactive product. Other typefaces qualify as minimal (Futura, Avenir, Gotham, Google’s Roboto), but Helvetica is the classic.

(That said, Apple has been so successful with Myriad, which is more readable than Helvetica, especially at small sizes, that I’m surprised they didn’t stick with it. A guess: Helvetica’s rectangular construction [below, left], unlike Myriad [below, right], corresponds better to the rectangular device.) 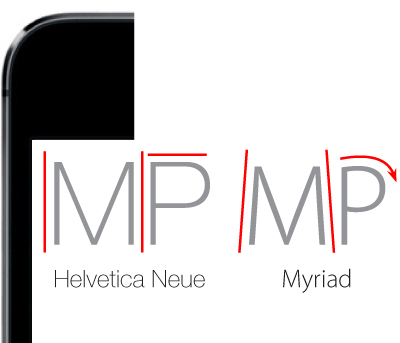 The aesthetic can be taken too far. A few words in a field of white can be beautiful on a page or poster, but these objects are static. A mobile device requires interaction, and all-the-same type gives no visual clues what to do; it must be read. This is not easy for everyone, and making effort is opposite the wish-whoosh ideal. Similarly, the nearly empty white screen, especially at night, is just glaring.

Flat is an interesting trend. The theory is that we’ve now lived long enough with digital devices that we no longer need the “crutch” of real-world analogies. (Never mind that my Mac still has “folders” and “pages,” which look suspiciously like paper, on a “desktop.”) So instead of a Notepad with pretend handwriting and yellow lined faux pages, or a Calendar wrapped in cyber leather, the new versions are largely bare screens with small Helvetica type.

Almost every app has been pared down this way. Instead of the warm, familiar look of a physical Compass, the new digital version has neither surface nor shadow; it’s simply white on black, with easier-to-read headings, on what appears to be a bigger screen because the bars are gone. Although the look is not familiar, in use it feels better. Why? Because it’s pure information, which releases almost magically (wish! whoosh!) without the drag that visual fakery (shadows! bevels! borders!) adds. 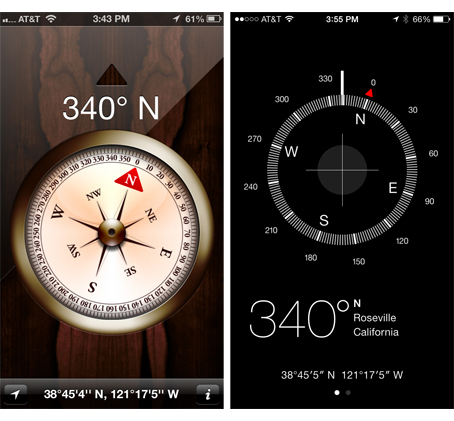 The new Calculator (below) is a favorite. Simple, handsome, big touch points, super easy to use. It resembles a physical calculator only because of its layout, but otherwise it has no real-world counterpart. It’s flat. 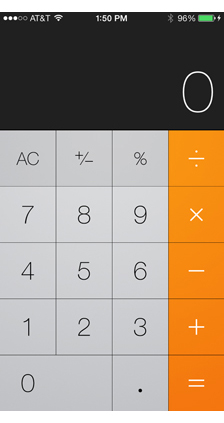 But I can’t explain the keyboard that pops up whenever there’s some typing to do. It is most decidedly not flat . . . 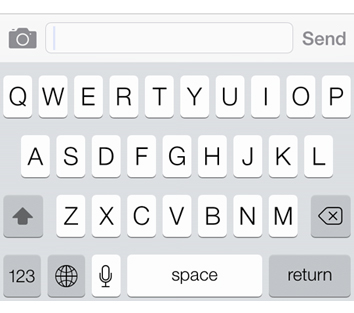 In fact, it looks just like Apple’s physical keyboards . . . 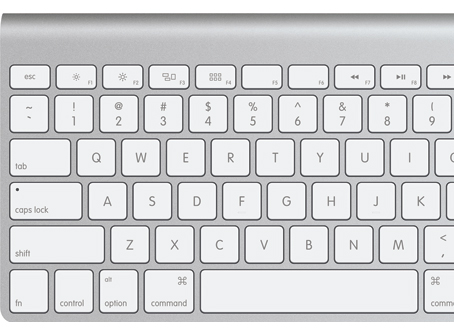 . . . with rounded chiclet “keys” and shadows and all the rest, which fit neither the ideal nor the aesthetic. Why would Apple not have made it flat, too, perhaps like this . . . 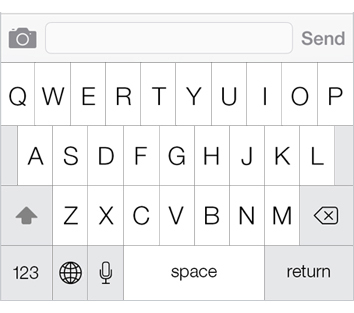 Similar, but worse because they’re hard to use, are the fiddly, fake thumbwheels that spin numbers for the Calendar and Clock apps. They’re not flat, either, and the Timer screen (below), well, someone just forgot to finish it . . . 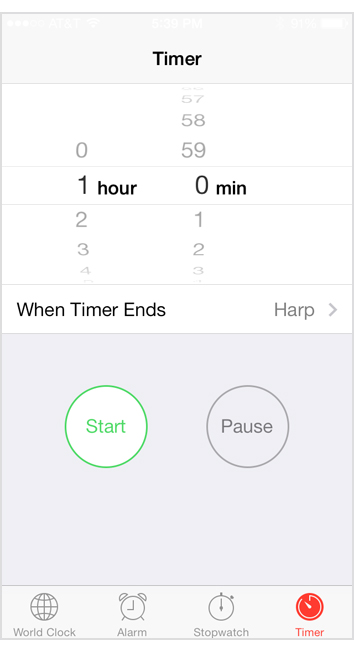 Tiny, same-size type floats here and there, each bit with a different function but no visual differentiation; Start and Pause buttons hang in too-much leftover space; and that hour-minute thumbwheel is not only not flat, your finger obscures the numbers that you’re trying to see. Apple obviously knows about focal points, but on this screen there’s not one to be found.

So we redesigned the Timer to be more like the Stopwatch . . .

. . . with touch points that look like the Calculator and work like your microwave — just tap in the time you want and press Start. It’s more like their other apps — flat, simple, easy to read, and the countdown bar is a nice (and correct) focal point. It’s the first time ever that we’ve felt the need to fix something Apple has made.

All in all, the new OS is great, but with a few loose ends. If there’s a moral here, it’s be consistent with your theme. There’s pressure to cut corners, get the project out the door, let the “committee” (which means no one) take responsibility. I don’t know if that happened here, and it doesn’t matter. The new OS will only get better, and, unlike print, which is forever, updates to an OS can be made on the fly and uploaded as they’re finished.

Other parts of the OS can be questioned too, of course — there are a few oddball, clip-arty icons, for example, in and among the beauties — but hey. I’m still astonished that this technology exists. I read not long ago that if, in 1990, you were to buy the capabilities that are standard in your phone — GPS navigation, artificial intelligence, cameras, books, music, video conferencing, and all the rest — you’d spend over a million dollars. My guess is that they underestimated.

This entry was posted in Critique, Design, Type. Bookmark the permalink.

40 Responses to Flat is cool, but be consistent